History of the Boulder Interdisciplinary Committee 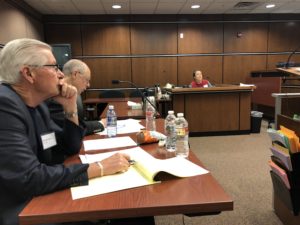 The exact beginnings of the Boulder IDC have been lost to multiple file transfers and the ravages of time on individual’s memories. This history has been pieced together with the help of many current and former Boulder IDC members. This writer apologizes in advance to significant contributors not mentioned by name. This is due to how information was gathered, as well the sheer numbers of people who have contributed over the years. The exact year is uncertain, but in the mid to late 1970 ‘s, a small group of attorneys and mental health professionals working in the custody field began exchanging information with some members of the already existing MDICCC. Among them were attorneys Sara Jane Cohen and Jon Kottke, and mental health professionals Diane Skafte and Charlotte Michener. They were excited about the mission of the Denver organization, and struggled with whether to join that group or form their own. Geographic distance, they feared, would inhibit participation by Boulder professionals if all activities were in Denver. Further, Boulder people tend to think of their community as its own, somewhat different culture, with different needs from the Big City. The group struggled over putting together bylaws and forming an official entity, but in true Boulder fashion gave up on this temporarily and decided to “just begin meeting.” 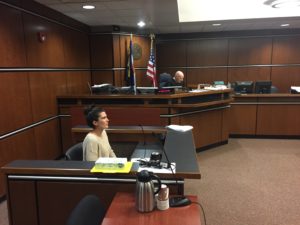 The group was small then compared with its current size. Early members recalled meetings in the range of 10 to 15 people. To emphasize commitment to an interdisciplinary approach, the president was to alternate between a mental health professional and an attorney annually. At times, the group teamed up with the Boulder Bar and Legal Services to present educational seminars to the professional community. The most consistent format for meetings was monthly luncheons featuring one or more speakers. Presenters were invited based upon the need for continuing education on various topics. While the topics have varied over the years, some have been repeated often enough to highlight the thornier problems we deal with in this field. Highconflict cases have been featured in various formats, with emphasis on finding creative solutions. Custody evaluations, from both the point of view of the legal and the mental health disciplines, have been a frequent feature. The issue of sexual abuse allegations in custody cases has generated many interesting discussions, and the current and ever changing state of the law has also been followed. Constant attempts have been made to improve communication between the disciplines.

As the organization grew, meetings moved from member’s offices to local restaurants. Over the years the group has outgrown many restaurants as attendance at the lunch meetings overwhelmed many venues. There was never a major push to enlist new members, the only formal promotion being a once yearly mailing in September. Being a university town, it evolved quite naturally that our “year ” went from September to May, with summer being used for a break and as planning time for the upcoming year. Word of mouth, more than annual mailings, appeared to account for the slow, steady growth of Boulder-IDC. When a colleague expressed interest in learning more about child custody work, developing a support network, or meeting potential referral sources, a natural response by many of us was to encourage membership in our group. 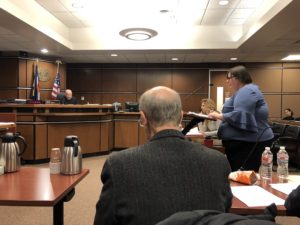 In the past few years, Boulder-IDC membership has grown to about 120. Lunch meetings, held six or seven times annually, are attended by about 50 members. Twice annually lengthier seminars are presented, at times in conjunction with the Boulder Bar. These halfor full-day conferences often attract 70 or more attendees. Some, such as one on handling expert witnesses, were produced in conjunction with the Denver IDC. Monthly meetings have often featured speakers from Denver to broaden our understanding of certain issues. We are aware that the Boulder community can become rather insular and isolated if efforts are not made to connect with other regions. For the larger, twice yearly conferences, we often recruit specialists from outside the region. One of the most popular speakers in recent years has been Dr. Janet Johnston, who has made the trip from California many times.

The Boulder IDC has branched out into other activities related to ongoing education of its members and mutual support. There is a monthly case conference started in 1985 by Bob Backerman, and chaired since 1991 by Marc Vick. This is a small group format of no more than 10 participants from various disciplines who discuss cases involving custody and time sharing issues. Patterned after the traditional mental health case conference, the format has been modified to provide benefit to both attorneys and mental health practitioners. 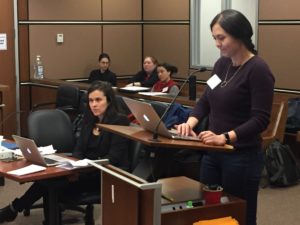 Research into the effectiveness of Mediation/Arbitration has been sponsored by the group. This has been a comprehensive study of this alternative approach to dealing with ongoing post divorce conflict. The research has spawned ideas for follow-up studies, yet to be conducted. We have begun giving annual awards to professionals in the community who make a difference in the lives of children. An annual softball game with the MDICCC is not only a fun way to get to know members of the Denver group, but has also developed into a fund-raiser to benefit worthy groups in the community.

The growth of the Boulder IDC has necessitated an increase in the structure of the group. What began with a simple “Lets just begin meeting” has become so large that a formal organization was required. Dale Johnson has been particularly instrumental in spearheading this. As the group moves into the future, we see a tremendous need for continuing work in several areas: ongoing education of members around current legal and mental health issues, continued contact with the professional community to broaden our knowledge base, increased collaboration with the MDICCC and movement towards statewide coordination and education, and possible involvement. The Boulder IDC is still struggling with its bylaws and IRS requirements for tax free status. This difficulty, however, has not prevented the group from growing into a dynamic force which impacts the work of many professionals in this field. I believe I speak for many members in saying that without IDC, I would not have survived in such a challenging field, and I certainly would not have learned as much as I have to help me do a better job on behalf of the children who are impacted so greatly by divorce.

1 Backerman, Bob. (1996). History of the Boulder Interdisciplinary Committee. Presented at the 20th Annual Statewide Recognition Dinner, of the Conference of Metropolitan Denver and Boulder Committees on Child Custody, Breckenridge, Colorado.